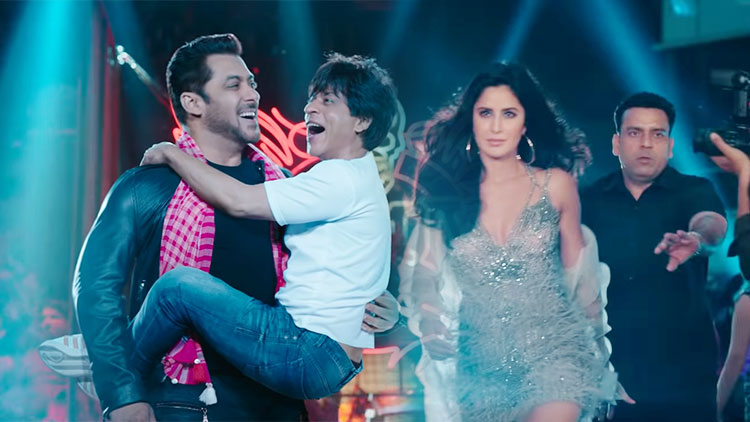 New promo of Shah Rukh Khan’s film Zero has been released via you tube channel of Red Chillies Entertainment. There was a pleasant surprise in the promo for the viewers from Tamil Nadu when they heard Bollywood superstar mouth the dialogue of Tamil star Dhanush.

In the promo, Shah Rukh Khan says, “Hum jaise londo se dekhke pyar nahi hota bahen ji dekhte dekhte ho jaata hai.” This can be loosely translated as “You don’t fall in love with guys like me when you look at me once. You do when you keep looking at me.”

Now, it is a well-known fact that Zero’s director Aanand L Rai is a big fan of Dhanush. He has also worked with the Tamil actor in the film Raanjhanaa. No wonder the dialogue found its way to Bollywood. SRK’s Zero is all set to hit the screens on December 21.

Watch the New Promo of Zero.