The teaser of Bollywood superstar Salman Khan’s much-awaited next film Bharat has been finally released online. In the over one minute long video, we get to see the various looks of the actor: saw Salman Khan as a daredevil motorcyclist performing exhilarating stunts, a Navy officer and an ageing boxer (trained by Sunil Grover).

The teaser begins with a scene from India-Pakistan partition. In the voiceover, Salman Khan says that he was named Bharat, after his country, by his father. Therefore, he doesn’t give importance to questions about his cast, creed and religion.

A part of Bharat is set in the circus during the Sixties. Salman Khan plays the role of a stunt artiste (as we saw in the teaser) while Disha Patani plays Salman’s colleague. She is a trapeze artiste in the film. Katrina Kaif, the film’s lead actress, reportedly meets Bharat later in his life. Maybe, when he’s in the Navy?

The film also stars Tabu, Jackie Shroff and Aasif Sheikh. The film is based on Korean War drama An Ode To My Father, the rights of which were bought by Salman’s brother-in-law Atul Agnihotri. Bharat is slated for Eid 2019 release.

Bharat Teaser is Here, Check out the Video 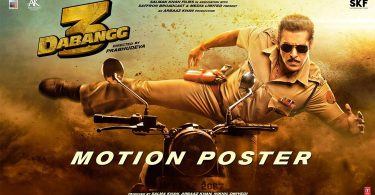 ENJOY! Salman Khan’s Dabangg 3 It’s not just the Christmas but the next Eid is going to be super-special too with...